In April 2015, Sir Alan Parker’s world famous stage musical Bugsy Malone, based on his acclaimed film, re-opened the Lyric following a multi-million pound redevelopment. Directed by the then Artistic Director Sean Holmes it was the UK’s first professional stage production of Bugsy Malone in over a decade.

On the announcement of the production at the Lyric, Sir Alan Parker said ‘I’ve always loved that Bugsy Malone is performed so often as a play in schools but, to be honest, I never ever liked the previous professional on-stage versions. In fact, in recent years, I have actively discouraged professional productions. However, meeting a few times with Sean Holmes of the Lyric and listening to his excellent ideas, I decided to give a stage production my blessing. I wish Sean and everyone involved well.”

Remembering the production Sean Holmes said: ‘It’s thanks to the great generosity of Alan Parker, the maker of the original film, that we were able to open the newly rebuilt Lyric with this ode to the drive and potential of young people.  A cracking artistic team, a committed and talented cast and audiences hungry for communion and transcendence made it an unforgettable time for us all. And a special mention to the dedicated and selfless support of the child performer’s parents, the unsung heroes of the whole enterprise.”

Nicholai La Barrie, the Director of Young People at the time of the production said: ‘Bugsy was the first major show that was on at the Lyric when it reopened. It was big to put on and big to have at the Lyric, the cast, the music, the whole thing was a big celebration. I think it was the perfect show for the Lyric, a show that is funny and smart and fun and its entire cast was young talented performers. It also married the best of the Lyric, its work with young people, the highest quality production, and also a great night out at the theatre that left you feeling good. We would leave the office most of the staff and go stand at the back of the theatre for the end of the show, to dance and sing with everyone. Those days of working at the Lyric were so special to me. Felt like our art, and our goals and reason we all make theatre was there for you every day when Bugsy was on.’

Claire Bryan, the Lyric’s Company Stage Manager: ‘On 23 Feb 2015 we started rehearsals for Bugsy Malone, one of the most challenging but enjoyable shows that I’ve done in my 17 years at the Lyric. Our most pressing task was to find the best splurge gun and splurge! We tried marshmallow shooters, catapults, dog ball throwers, massive syringes and a variety of home made launching devices. Once the right gun was found I then fired an assortment of food items at Lucy Holland my (willing) ASM, she was hit with cream, custard, profiteroles, marshmallows, macaroons, balloons and angel delight! The latter winning hands down. Such good fun!’

The young cast were aged 9-19 years, with three different casts performing the lead roles in rotation. 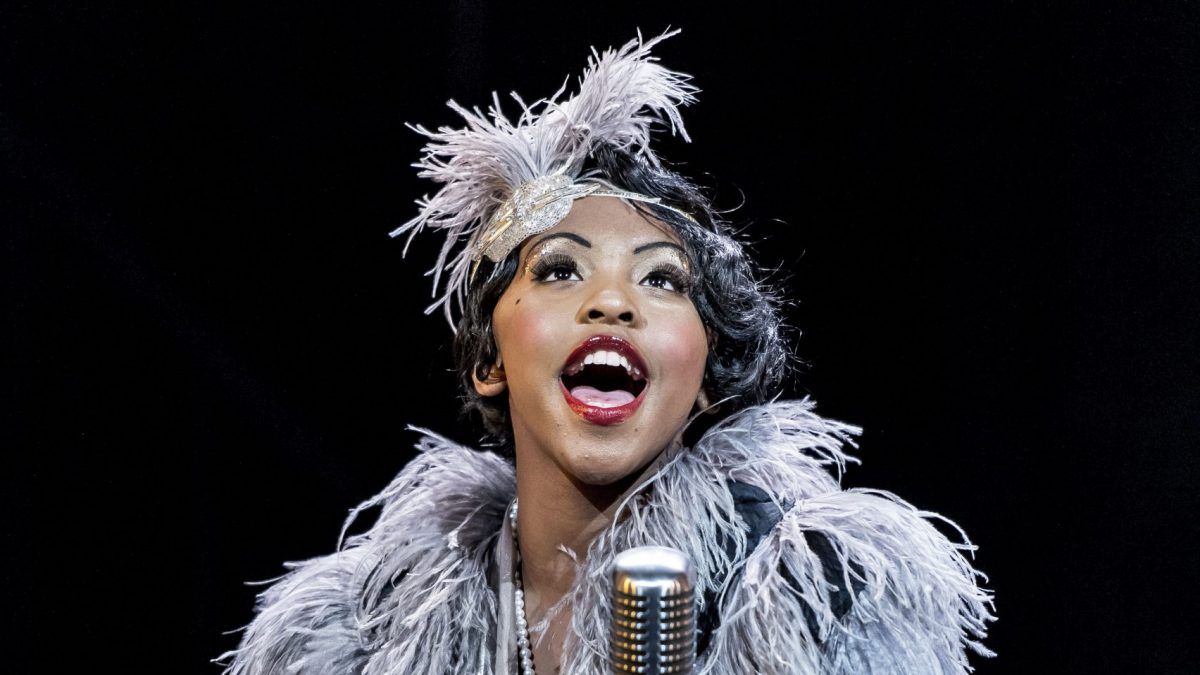 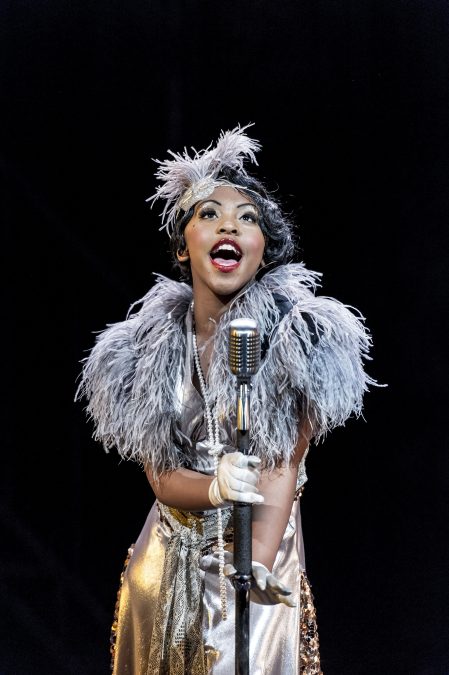 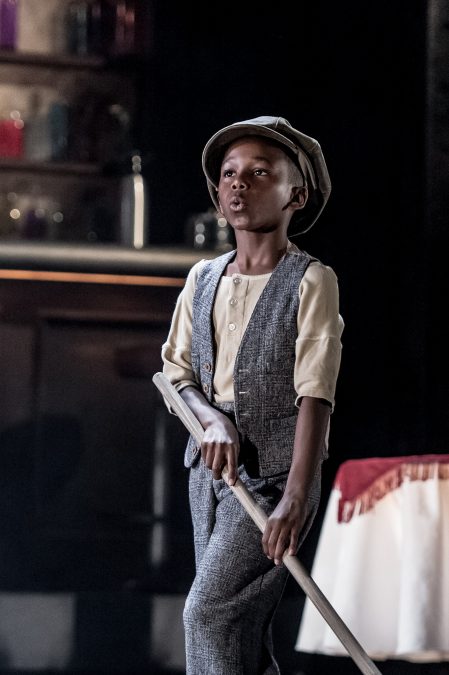 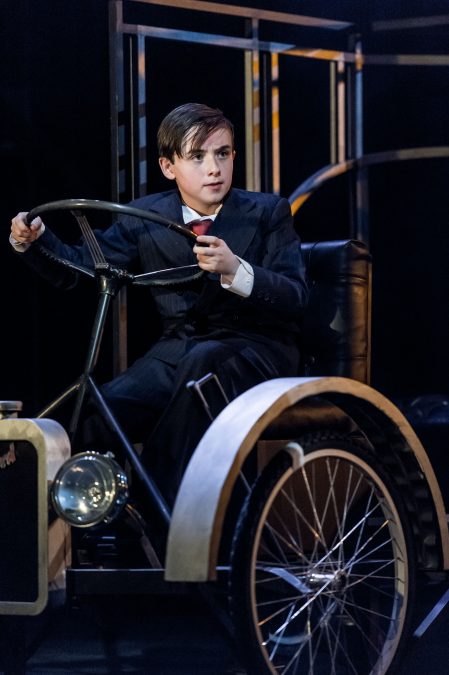 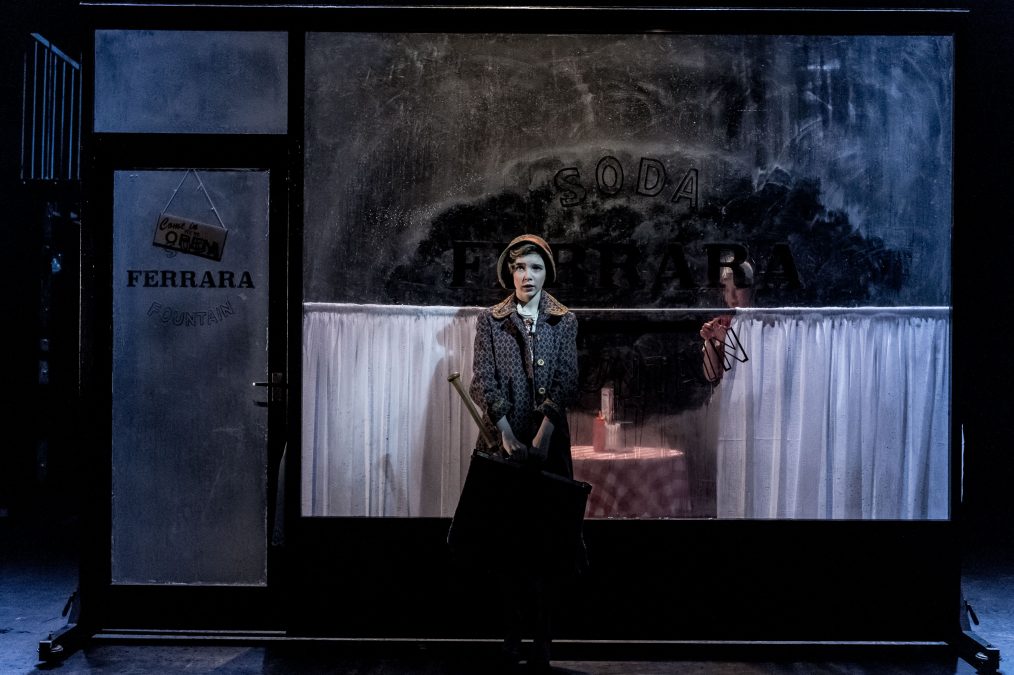 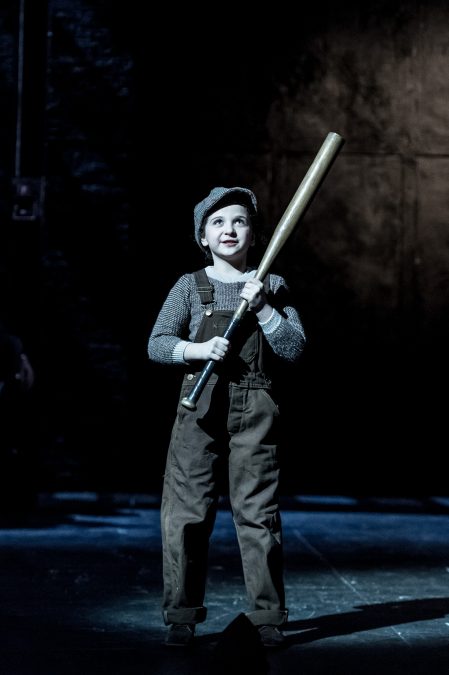 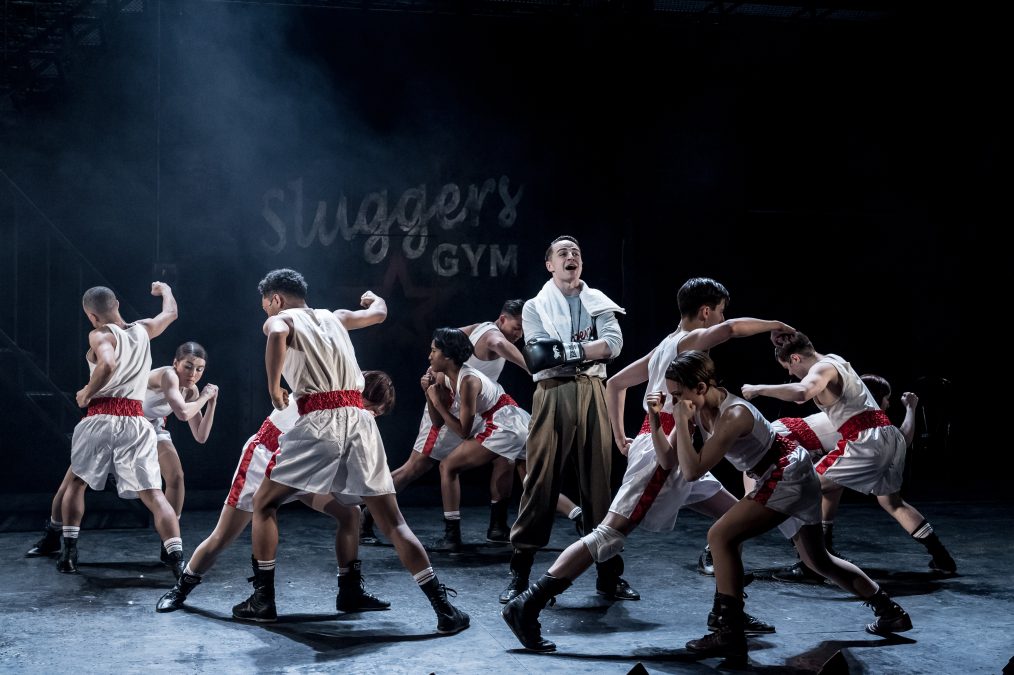 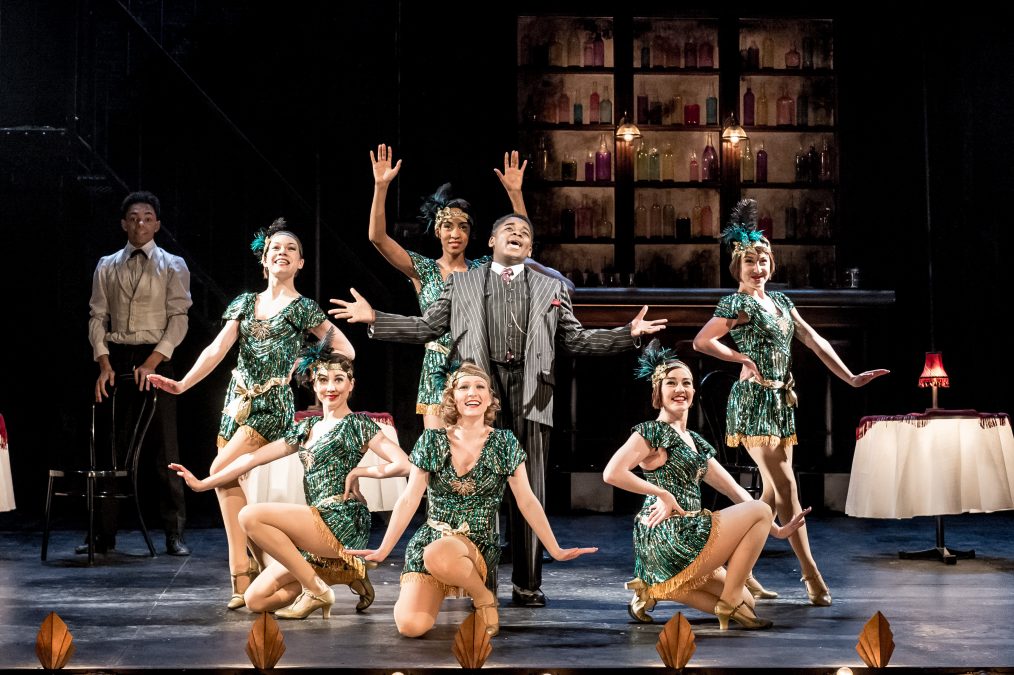 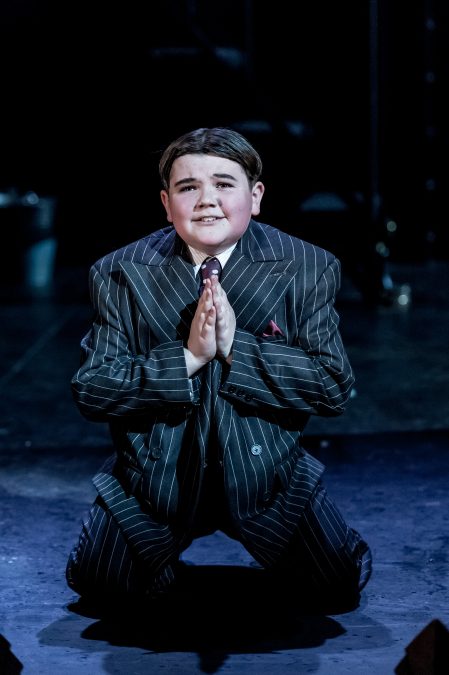 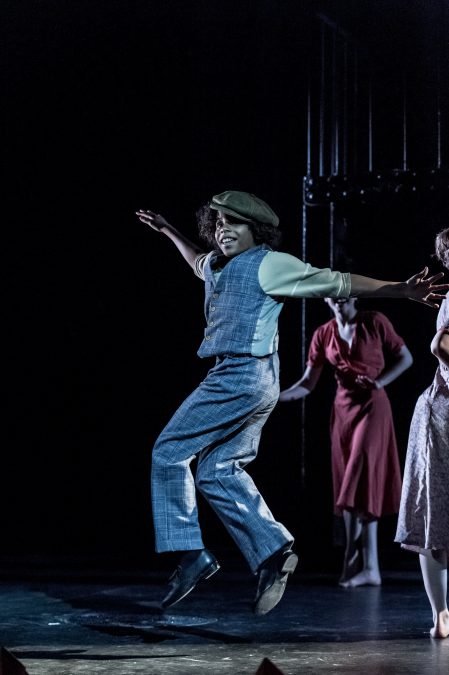 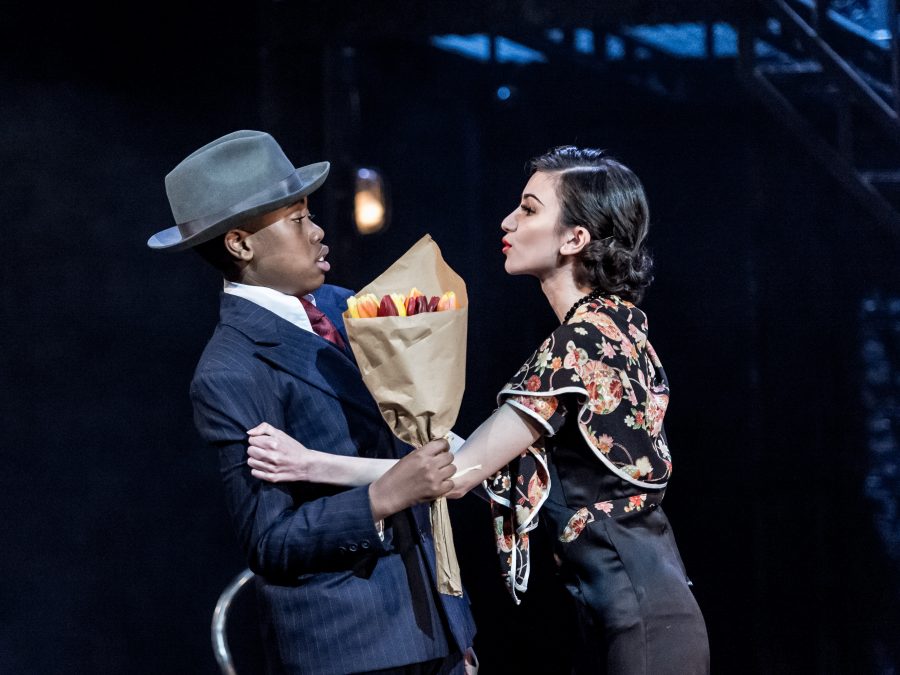