With theatres across the UK the Lyric is celebrating the life and work of theatre architect and designer Frank Matcham to mark the 100th anniversary of his death on Sunday 17 May.

The Lyric opened with its Frank Matcham designed auditorium in 1895. The opening performance started with an address from the famous actress, Lille Langtry, and was followed by a performance of a one-act play, Dora. On the 20 July, 1985 The Era Newspaper published a details of the event and the new design of the theatre:

“The stalls, dress-circle, and upper circle have velvet tip-up chairs, and retiring rooms and saloons are provided. The raised plaster decorations are rich in detail, and the colouring in shades of creams and blues is very tasteful…

“The new stage is much deeper than the old one, and has scene docks on each side […] and everything necessary for the staging of large productions.

“Tonight, Mrs. Langtry will speak an opening address which has been written for the occasion by Mr. Wilton Jones; and Miss Grace Warner will, in the course of the evening, play the principal part in Charles Reade’s one act play, Dora.”

We are incredibly proud of our history and our beautiful theatre. The exact number of theatres designed by Frank Matcham is unknown, but just over 20 are still standing today. Find out more about the Lyric and other Matcham theatres by following #Matcham100 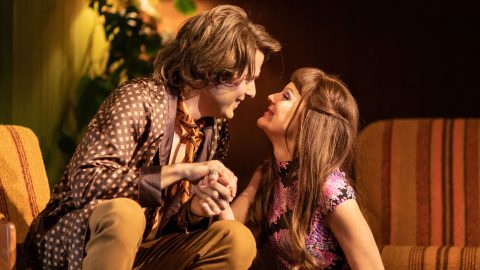